It all started when Whangarei District Council introduced Smokefree playgrounds and sports grounds in 2010 followed by its parks in 2011. Now many other public spaces are smokefree like bus shelters, council-owned social housing and other key city spaces. In 2015, Council then resolved “staff draft a district-wide Smokefree policy that will further reinforce Council’s contribution toward a smoke-free Whangarei by 2025”. By 2016, Council decided to engage with the community on the proposed smokefree policy options, a survey was undertaken in June 2016.  78% supported smokefree outdoor public spaces with 82% supported smokefree outdoor dining.

Where to from here?

There was already some movement in the café scene towards smokefree outdoor dining.  We already had the public support now we need to show that the businesses supported it.  We already had 14 cafes within Whangarei that offer smokefree outdoor dining so using their experience and the Fresh Air Project template from Canterbury The Fresh Air Project Whangarei was born.

Those cafes that chose to remain smokefree were presented with a Smokefree Café Award by Whangarei District Council Mayor Sheryl Mai at a special event held in Council Chambers and a copy of the Fresh Air Project Evaluation was formally handed over to the Mayor and the Councillor Cherry Herman, Community Development Chair.

We are extremely pleased to share that due to the success of the pilot a number of cafes outside of Whangarei CBD and Quayside are also introducing smokefree outdoor dining. 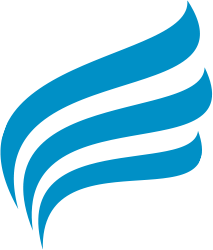